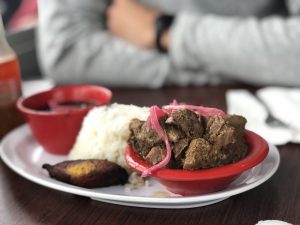 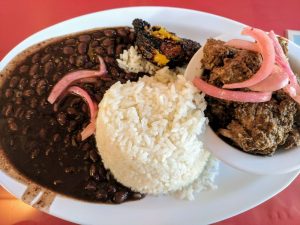 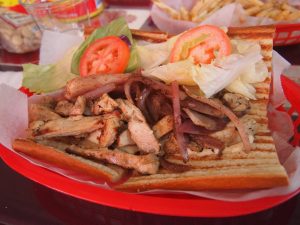 Cuban Kitchen's mission statement is to bring authentically flavored Cuban Cuisine to as many people as possible, fast & fresh. This has been Lynna Martinez's personal mission since 1990 and now with the help of her daughter, and her very small crew, Cuban Kitchen is kind of a big deal. You know, with many leather-bound books, mahogany and such.

Cuban Kitchen launched as a food truck in NJ/NYC before opening a store in the Bay Area. From 4-wheels to 4-walls this female-family-owned and operated business has had quite the journey! doing business as simply “CUBAN KITCHEN” in the Bay Area was inspired by our angel investor, but our vision and mission are still grounded in the name of our company, "qba" – which is pronounced “CU-BA” and also stands for “quick but authentic” - Cuban cuisine.

​our culinary style is best described as a “Cuban ‘evolution!”… preparing Cuban cuisine for today’s health and lifestyles, with a nod to the island’s classic traditional spices (sazón) flavors and offerings pre-1960.